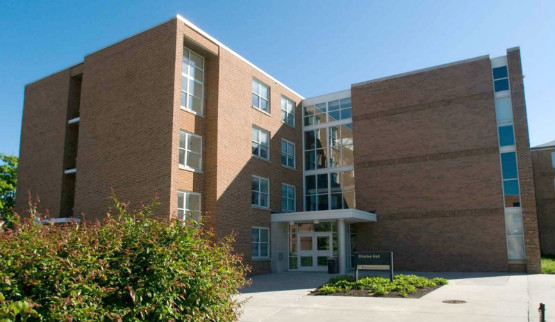 Virginia Tech’s Center for Rhetoric in Society (CRS) was formed in 2006 in the Department of English.

The CRS, originally named the Center for Rhetoric and Writing Research, began as a part of the department’s Writing Center. Its founding director was Dr. Kelly Belanger. Shortly after its launch, the CRS established its own separate research mission and collaborative research space in Shanks Hall while the Writing Center continued to specialize in writing consultation services and is now located in Newman Library.

Founded just before the inaugural year of our department’s doctoral program in Rhetoric and Writing, we support the graduate program’s focus on studying the role of rhetoric in society. We also work closely with our undergraduate program in professional writing by offering student internship opportunities.

From its beginning, the CRS has served as an incubator for research projects, programs, and events. Early on, the Center funded individual faculty seed projects that led to books, articles, and other publications. Dr. Bernice Hausman served as the Center’s second director in Fall 2011. The Center’s third director, Dr. James Dubinsky earned a National Endowment for the Humanities Grant for the Veterans in Society Research Symposium. Most recently, the fourth director of the CRS, Dr. Katrina Powell, led an initiative related to migration and displacement, which became the Center for Refugee, Migrant, and Displacement Studies in December 2020. Dr. Derek Mueller and Dr. Kelly Pender served as co-directors for the CRS in 2021.

Our mission has always centered on studying rhetoric and writing in action, with a particular interest in writers and speakers who face rhetorical challenges related to their social positions and circumstances. We believe, with Jacqueline Jones Royster, that “groups who have honed their crafts at the margins may be the rhetors from whom we can learn and be inspired.”