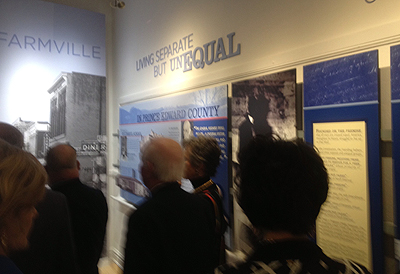 In 1951, Barbara Rose Johns, a student at R.R. Moton High School in Farmville, VA, organized a student strike to protest the unequal and inadequate conditions at her school. Moton High School was the county’s all-black high school under the mandate of “separate but equal.”

The case that ensued, Davis v. Prince Edward County, became part of the Brown v. Board of Education case. Although historians have written numerous times about the strike and its aftermath, we are focusing on the leadership of Barbara Johns and approaching her story from a rhetorical perspective. Our projects include:

This project and associated research are supported by funding from the Virginia Foundation for the Humanities, as well as the College of Liberal Arts and Human Sciences.