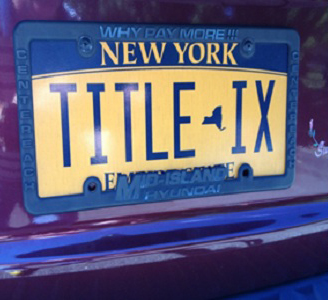 Thirty-five years ago, a life-changing piece of legislation called Title IX was enacted into law in an effort to prohibit sex discrimination in federally funded education, including athletics. By mandating equal opportunity, Title IX provided a tool for people to set in motion far-reaching changes that would not only revolutionize America’s playing fields, but its political, social and cultural landscape as well.

In this research area, we consider how and why change takes place in a democracy by exploring the role of professional and activist communication in providing educational opportunities through college athletics. Among the projects that will come from this research is a print and digital book series on Title IX rhetoric and higher education athletics. The project reconstructs events in the movement for women’s athletics from 1972 to the present by using original oral history interviews, archival research, observations from visits to locations where the events unfolded, news articles, and legal documents.